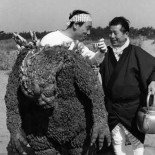 Thoughts on life after the PhD

So the semester’s in full swing, which means I’m back to not knowing which way is up or down and forgetting my own name occasionally, though at least I’m a little better prepared this time. One thing I feel compelled to write about briefly: Mexican food in Tokyo.

Taco Bell just opened up a shop in Shibuya, their first since the 1980s. People (mostly masochists or people who enjoy gastrointestinal distress, I guess) are bizarrely excited about this. One refrain I keep hearing is that Tokyo doesn’t have any decent Mexican food, so this is a great way to get a taste of home.

Huh? Okay, Tokyo definitely doesn’t have the variety of affordable Mexican, Tex-Mex, and Cal-Mex options that my two former homes of Austin and L.A. can lay claim to. But if you really think Taco Bell is a good Mexican food option, you need to get out more.

(I’m not above junk food. I do eat fast food occasionally, but Taco Bell is just…vile.)

Some university colleagues and I set up an informal Mexican food club last year. We’ve been out half a dozen times now and still haven’t been to the same place twice, and the list keeps growing. So if you’re craving Mexican food in Tokyo but are sick of El Torito, I’ve got a list of very good options.

Rest assured that I’m a Mexican food snob, so I’m not just being nice when I say these places are good. They’re not just “good for Tokyo,” they’re actually very good. For me that means that the salsa is homemade and flavorful, the tortillas are homemade (or at least soft, fresh, and served hot), and bonus if they offer both flour and corn. Atmosphere is important too, as is price–it’s never going to be as cheap as it is in the States, but it shouldn’t break the bank.

So here are my favorites, from one chili pepper (ugh) to five (heaven). Prices are per person without drinks. And I know I’m leaving some out, I just haven’t been everywhere yet (or I have my own little preferences).

7. Burri. Only came here once and it was pleasant–friendly staff, affordable. They used dark meat chicken, which I’m not a huge fan of, but the burrito was still good. And the pink lemonade is a nice addition.

Rating: Two and a half chili peppers out of five

6. Chiles Mexican Grill. Very fresh ingredients, lots of veggies, friendly staff, comfy atmosphere. It was a bit spicy for me, but if that’s what you’re craving (real spice can be hard to find in Tokyo Mexican places), this will do the trick.

5. Fonda de la Madrugada. I’m torn on this one. It’s a beautiful, cavernous space, very nice for a date or a party. But damn, it’s REALLY overpriced. The food is good–more interior Mexican, with lots of mole and seafood and baked dishes–but 1000 yen for a tiny cup of guacamole is kinda crazy. The fact that you’re expected to tip the strolling mariachis also makes it feel hard on the wallet.

4. Frijoles. This is my standby–casual, quick, and familiar. It’s Tokyo’s version of Chipotle, down to the menu font. They get bonus points for making fresh tortilla chips, salsa, and guacamole. More of a grab-and-go than a sitdown place, though all their branches do have seating.

Rating: Three and a half chili peppers out of five

3. Rainbow Burritos. Thank the gods for Chubabe and her heavenly, San Francisco Mission Disctict-inspired, fresh-made burritos. Rainbow used to be a tiny little yatai next to a lesbian bar in Tokyo’s gay district of Shinjuku ni-chome, but now there’s an actual sit-down restaurant, though it barely fits ten people around the tiny bar. Still, it’s a lot of fun, especially late at night. Really cheap, too.

2. Junkadelic. This is the only place I’ve found so far that does enchiladas that taste like home, with a side of rich refried beans and smoky red sauce. Also excellent Mexican rice, freshly made tortillas, great salsa and guacamole, fishbowl-sized margaritas and other frozen drinks, and lovely ceviche and mole nachos. If something’s not on the menu, ask and they might make it for you. Fun atmosphere with an emphasis on good drinks, especially tequila. Sadly the whole place isn’t non-smoking, but I haven’t noticed too much of a smoke problem when I’ve been there.

1. Tepito. I need to go back to this place. It has TAMALES, and they’re good. Plus really unique dishes like sweet stuffed peppers with cream cheese sauce and cochinita pibil. Apparently the chef here used to work at Fonda de la Madrugada. It’s not cheap, but somehow it doesn’t feel overpriced in the same way that Fonda does. Though I’m probably biased because it’s just up the road from where I live. Great tortillas and frozen drinks.

So that’s my list. Others that I didn’t include: El Torito (not bad), Zest (decent fajitas, but why do they serve them with mashed potatoes?), La Jolla in Hiroo (good enchiladas, not the best fajitas), Salsita in Hiroo (didn’t much care for it).

Tokyo may not be L.A. or Austin, but it’s still got plenty of Mexican options beyond Taco Bell.

a blog for all things bookish

tales of travel, research, and life

WordPress.com is the best place for your personal blog or business site.